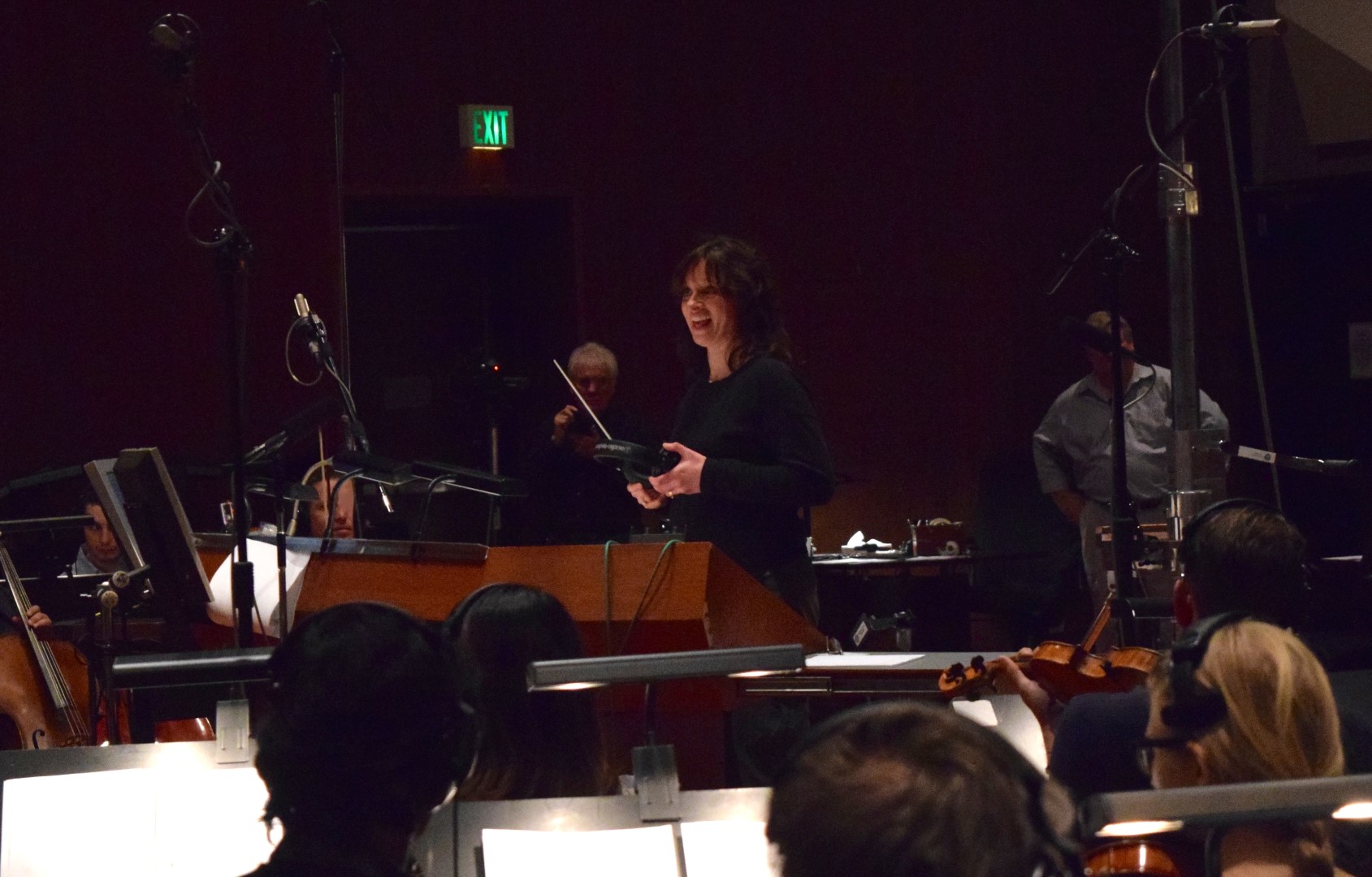 Andrea is an increasingly busy composer, orchestrator and conductor. She has scored three feature films – The Devil’s Rock, Catskin, Howl – and orchestrated and conducted the animated feature film Stardog and Turbocat. Other exciting productions she has been involved in are The Jolly Girls an animation, One Last Run and documentaries Beyond The Photo and Chewing Gum Man. Her music can also be heard on the shows ’Come Dine with Me’ (Channel 4), ‘Tales of Northumberland’ with Robson Green’ ITV, I’m a Celebrity ITV and ‘Keeping up with the Kardashians’ 4music (Worldwide) amongst many others.

As a member of BAFTA crew since 2016, Andrea has enjoyed numerous networking opportunities and mentoring from BAFTA members and endeavours to create music to their high standard.

Andrea has orchestrated and conducted sessions in some of the most iconic studios around the world – Abbey Road, Warner Bros – as well as smaller more intimate studios 80 Hertz, Brickwork. Music preparation for recording sessions are also a feature of her work whether it be string quartet or full orchestra.

She enjoys writing in many different styles depending on the brief, but particularly relishes working with live musicians. Andrea is a cheerful hard worker who is a positive addition to any team.

Apart from being a super talented composer Andrea is a beautiful human being. Her patience and perseverance brought Obligate Symbiosis a truly amazing score. A real pleasure working with her!

Andrea is a pleasure to work with. She scored two films of mine, the short film Night of the Hell Hamsters and the feature film The Devil’s Rock and nailed the mood and tone perfectly. She’s a wonderful collaborator and I’d heartily recommend her. Paul Campion

Andrea elevated my short film ‘Animal’ immensely with her score, which was completed quickly and to the best possible quality. A wonderful collaborator and incredibly talented composer, and I would highly recommend her to anyone.

Andrea scored three of our most popular apps, Timedancer, Langeroo Adventures and Zombies Ate My City. She managed to capture the mood of these very different games, creating music that is catchy, memorable, and iconic.

When it comes to the symphonic orchestra and symphonic-style orchestration, Andrea always finds the right notes. Talented, dedicated, and industrious, I have no doubt she’ll realize her music career aims.

Andrea is an exceptionally talented composer and orchestrator. She is cheerful, reliable and creative with a boundless enthusiasm for whatever the task at hand might be. I would have no hesitation in recommending her as an orchestrator and would be delighted to work with her on our own orchestral sessions in the future.

Composer, Hulk and the Agents of Smash, Iron Man, The Avengers

Andrea brings a fresh sounding energy to the ﬁlm composing world and is sure to be a strong force in the industry. Not only a great composer but a true artisan in the craft of orchestration.

Andrea is lovely to work with, an incredible talent…she has an easy-going spirit, and really listens to what your vision is. She has made my film come alive!

We’ve worked with Andrea on two projects, across 10 years, and each time we have thanked our lucky stars that she was our composer.

Andrea is everything that you’d want in a creative collaborator – Professional, fun, on budget, on time, professional again- and just brilliant at understanding the needs of your project, then exceeding them.

She is a team player, in no way precious and in touch with the ‘bigger picture’.

Every project became more than we foresaw due to the love and attention lavished upon them, particularly our latest Hitchcock inspired short, where she channelled Bernard Hermann effortlessly.

Andrea was a pleasure to work with during a recent film scoring session. She was friendly and professional and excellent at remaining calm under pressure.